Connect with the link https://discord.gg/zupcsC4
There are currently users online.

Connect with the link https://discord.gg/zupcsC4
There are currently users online. 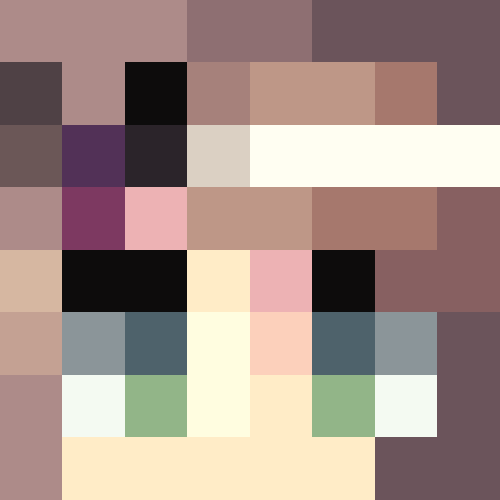 Here follows a list of Custom Enchants for armor used in Survival and Skyblock server.

Self Destruct - When close to death, tnt spawns around you to end you and remove your dropped items. - Unique

Commander - Nearby allies are given haste. - Unique

Ward - A chance to absorb enemy damage and heal you. - Unique

Sustain - Chance to regain hunger when getting hit. - Unique

Cactus - Injures your attacker but does not affect your durability. - Elite

Frozen - Can cause slowness to attacker when defending. - Elite

Poisoned - Chance to give poison to your attacker. - Elite

Wither - A chance to give the wither effect. - Elite

Trickster - When hit you have a chance to teleport directly behind your opponent and take them by surprise. - Elite

Reinforced - Take less damage when being hit from behind. - Ultimate

Arrow Deflect - Prevents you from being damaged by enemy arrows more often than once every level x 400 milliseconds. - Ultimate

Ragdoll - Whenever you take damage you are pushed far back. - Ultimate

Guardians - A chance to spawn iron golems to assist you and watch over you. - Ultimate

Demonic - A chance to remove fire resistance from your enemy. - Ultimate

Disappear - Chance to become invisible when low on health. - Ultimate

Heavy - Decreases damage from enemy bows by 2% per level. - Ultimate

Tank - Decreases damage from enemy axes by 1.85% per level. - Ultimate

Valor - Reduces incoming damage while wielding a sword by up to 22.5%. - Ultimate

Creeper Armor - Immune to explosive damage, at higher levels you take no knockback from them and they have a chance to heal you. - Ultimate

Spirits - Chance to spawn blazes that heal yourself and your allies in combat. - Ultimate

Protection - Automatically heals and buffs all nearby faction allies. - Legendary

Judgement - Chance of dealing poison damage to your target or adding regeneration to yourself. - Legendary

Surprise - Chance to teleport behind your opponent and take them by surprise. - Legendary

Unholy - Chance to give weakness and wither to your attacker. - Legendary

Armored - Decreases damage from enemy swords by 1.85% per level. - Legendary

Mega Heavy - Decreases Damage from enemy bows by 10% plus an additional 2% per level. Requires Heavy V to apply. - Heroic

Mighty Cactus - Heroic Enchantment. Injures your attacker but does not affect your durability. Requires Cactus II to apply. - Heroic

Paladin Armored - Negates 150% more enemy sword damage than normal Armored per level. A chance to be Blessed every time you are struck by an enemy sword. Requires Armored IV. - Heroic

Natures Wrath - Temporarily freeze all enemies in a massive area around you, pushing them back and dealing massive nature damage. 75 souls per use. - Soul

Phoenix - An attack that would normally kill you will instead heal you to full HP. Can only be activated once every couple minutes. 500 souls per use. - Soul

Immortal - Passive soul enchant. Prevents your armor from taking durability damage in exchange for souls. 5 souls per use. - Soul

Mark of the Beast - Once an enemy is afflicted with the mark all incoming damage is increased by 2x for up to 5 seconds. - Mastery

Horrify - Chance to inflict enemies within a 32x32 radius with Horror. - Mastery

Feign Death - Chance to fake death and vanish for up to 6 seconds or until you have damaged a player (levelx) times. - Mastery

Death Pact - Take less damage for every 10% of missing HP while also dealing slightly less damage (based on level). - Mastery

Smoke Bomb - When you are near death, you will spawn a smoke bomb to distract your enemies. - Elite

Drunk - Slowness and slow swinging with a chance to get strength. - Legendary

Death God - Attacks that bring your HP to (level 4) hearts or lower have a chance to heal you for (level 5) hearts instead. - Legendary

Destruction - Automatically damages and debuffs all nearby enemies. - Legendary

Shockwave - The chance to push back your attacker when your health is low. - Elite

Diminish - When this effect procs, the next attack dealt to you cannot deal more than the (total amount of damage / 2) you took from the previous attack. - Legendary

Vengeful Diminish - Ensures that the next strike against you only deals 50% of the damage inflicted and any extra above that will be returned to the attacker. Requires Diminish VI enchant on item to apply. - Heroic

Chain Lifesteal - A chance to regain health from multiple enemies near you damaged target based on level. - Mastery

Lifebloom - Completely heals allies and truces on your death in 10 block radius. - Unique

Plague Carrier - When near death summons creepers and debuffs to avenge you. - Unique

Epidemic Carrier - When near death summons creepers and debuffs to avenge you. Requires Plague Carrier VIII to apply. - Heroic

Undead Ruse - When hit you have a chance to spawn zombie hordes to distract and disorient your opponents. - Elite

Rocket Escape - Blast off into the air at low HP. - Elite

Ender Walker - Wither and Poison do not injure and have a chance to heal at high levels. - Ultimate

Metaphysical - A chance to be immune of Slowness. At max level, you will only be affected approx. 10% of the time. - Ultimate

Quiver - Chance to fling your attackers into the air. - Legendary

Polymorphic Metaphysical - A chance to be immune of Slowness. At max level, you will only be affected approx. 10% of the time. Requires Metaphysical IV to apply. - Heroic

Spoiler
Hi! You have been spoiled!